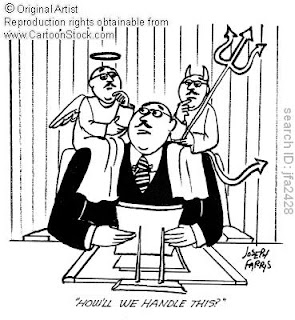 I've been working with someone new for the past month and I'm not proud of how their behavior is affecting my own. One of our kindergarten sessions has a student who requires a one on one aide. Since he was ill for a long period of time, his first aide could no longer afford to hang in limbo without a paying job. When he returned, a new aide was hired. Both my teacher and I initially were thrilled with the new person. Her charge requires minimal care, so she's available 96% of the time to help other students. She's a self starter, sees where there's a need, hones in and takes care of it.

Lately, I've begun to feel like she's trying to catch me out at not doing my job. This shouldn't be a problem and I worry it's my perception (as opposed to reality) that's making me feel this way. She reports things to my teacher instead of letting me know I've forgotten something. Plus, she's competitive and will often take over one of my daily tasks that I consider to be my job. I imagine it can be difficult to see where one job begins and ends, if you were a go getter.

The nagging, irritating, little voice in my head tells me that her desire to have a job (just like mine) is making her behave this way. My sensible voice is trying to talk the other voice off the defensive ledge. "Keep smiling. Soldier on. Just keep doing your best and let it roll off your back. She'll be moving on soon. Oh and don't forget to smile."
Posted by KandN at 3:30 PM