I hope I supervised Fran enough today . . .
We went downtown to browse the Wednesday Market booths. Nice to run into people I know. Zoe! You're so tall - compared to when you were a short person. ;>) There were plenty of people as well as produce, but I think I'm getting used to the crowd and how to maneuver the girl. I had to stifle a giggle today. We got close to (but didn't touch) a vegetable browser. She reacted like a hornet had stung her on the ankle. I wonder if she had something horrible happen to her as a child - and a wheelchair was involved. doo-doo, doo-doo {no I didn't step in anything, that was Twilight Zone music, silly} 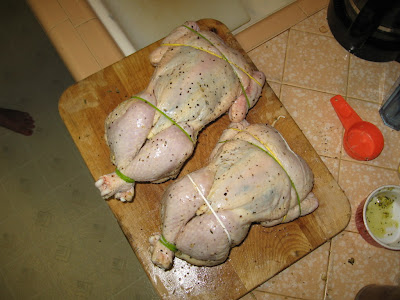 We came home. She fell asleep while I ate my Reuben sandwich from our favorite bakery.
When she woke up she was ready to do battle with the chickens and the vegetables and the cake. Whew! I tried to take the upper hand and keep her from working too hard. She kept a good attitude. BUT now she's back . . . STOP! 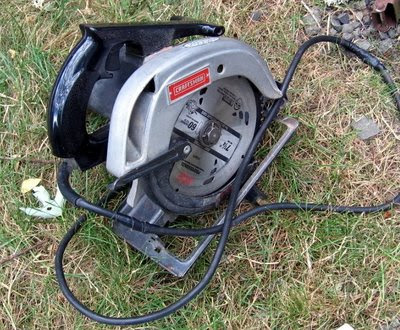 I had to include a pic of the "old saw". N and I had to say some words over her today, after her demise. "She was a good old saw. Kept on going, even when her cord was sawed through - twice."