Limbo-land or a day at the urgent care clinic 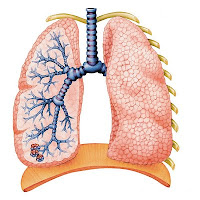 I had made a tentative-for-sure decision to go to the urgent care clinic the evening before, but after last night there was no doubt.  I don't lend much credence to dreams and their relation to real life.  Although, I do believe they are a way for the brain to chew on things while we sleep.  (ooo! scary mental image!) I had a few "fighting for my life" dreams in the wee hours this morning.  I had hold of the steering wheel and I navigated well, but it was definitely life threatening.  When I woke up, the bed was soaked.  I crawled into the guest bed and within a half hour IT was soaked, too.  I decided it was time to throw in the towel and take a shower.  I took my temp a few hours later and it was finally in the normal range!!  Yipee!
And so I messed around on the computer and listened to the radio until Norm crawled out of bed.  (Hopefully, he was able to grab a few quality hours after noisy me left.)  After breakfast, we headed north to take a spot in the queue at the clinic.  They let us do most of our waiting in the exam room where I could lay down with a pillow and Norm found a way to rest his head and close his eyes.  The doctor came, asked questions, listened with his stethoscope and ordered an x-ray.  The x-ray found "a significant spot of pneumonia".  Next they shot me in the hip with some antibiotic to give me a head start on healing.  Yay for healing!  Yay for getting better!
Not only had it changed from morning to afternoon by the time Norm and I were finished at the urgent care clinic, but the rain had become blue sky.
Posted by KandN at 3:04 PM

Thanks Jennie, just knowing what's going on and that the drugs are going in to do battle makes me feel better. Ya know?

Hope you feel better soon! Lots on this crud going around.

Amber,
Me, too!
I've been wondering what Doernbecher looks like right now. My heart goes out to those parents.

Oh my gosh K! Get better soon!!! I know what you mean about the drugs. It's like a relief that you'll finally get some help fighting. Take care of yourself!!

Thanks D! I hope the bug isn't running rampant in the K. I have this warm fuzzy feeling that I'll be getting some sleep tonight. :>)

Scary stuff-I'm so glad you went to the Dr.!

Shirley, I always think that pneumonia will wave a little flag in my face, "Hello! Go to the doctor now!" AND I find it's so easy to talk myself out of going to the doctor, "You're not THAT sick." I can't be alone. Please tell me others do the same.

Well, my partner in the K (PB)was diagnosed with pneumonia too and probably came back before she should have! But, she is on the mend.

Oh PB! I imagine they'd have to tie her up at home to hold her still, wouldn't they? Was she sick before that?

You're right! She keeps complaining of being tired earlier than normal and I keep saying, "Hello, you had pnuemonia and you won't slow down!" She was sick right before Veteran's Day. Take care and have a happy, HEALTHY turkey day!!

The doctor told me yesterday that I won't feel like myself for another month. :>( I'll do my darndest to prove him wrong or the pneumonia wrong or whatever . . . I'm tired!

Years ago (eons?) I happened across this recipe on a Foster Farms whole chicken wrapper.  Before ripping open the plastic wrapper to cut up...